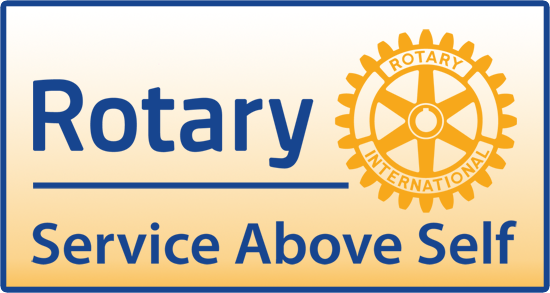 I could stop here because I doubt that any member is unfamiliar with our motto. But let me quote some Rotary history.

”Rotary’s official mottoes, Service Above Self and One Profits Most Who Serves Best, trace back to the early days of the organization.

In 1911, He Profits Most Who Serves Best was approved as the Rotary motto at the second convention of the National Association of Rotary Clubs of America, in Portland, Oregon. It was adapted from a speech made by Rotarian Arthur Frederick Sheldon to the first convention, held in Chicago the previous year. Sheldon declared that ”only the science of right conduct toward others pays. Business is the science of human services. He profits most who serves his fellows best.”

The Portland convention also inspired the motto Service Above Self. During a convention outing on the Columbia River, Ben Collins, president of the Rotary Club of Minneapolis, Minnesota, USA, talked with Seattle Rotarian J.E. Pinkham about the proper way to organize a Rotary club, offering the principle his club had adopted: Service, Not Self. Pinkham invited Paul P. Harris, who also was on the boat trip, to join their conversation. Harris asked Collins to address the convention, and the phrase Service, Not Self was met with great enthusiasm.

What does it mean for our organization ? Well for one it means that it is by our deeds not by our words we are judged and appreciated. For certain reasons it must be emphasized that Rotary does not talk, Rotary acts. As a service organization our duty is to address those human needs we identify in our societies or in the world not by complaining or arguing but by action. As a non-political and non-religious service organization we do not take positions but action. Thus we gain respect and pride.